Colmcille has inspired artists down through the ages and continues to be a source of artistic inspiration. Although he was himself of royal blood, and could have featured largely in the political life of his time, he chose instead to adopt and lead others towards a simple, creative, contemplative life, lived in harmony with nature. Although Colmcille's story is typically read through a religious lens, this project will look instead at creative innovation as the lasting legacy of his unique path. The cultural heritage he seeded from a rocky Atlantic outpost, still has huge significance 1500 years after his birth. What thread of the complex tapestry of his story inspire you?

Where ascetism, piety or miracles often mark a saint as extraordinary, Colmcille's story has a more complex tapestry. He was no ordinary saint. Folklore attributes psychic powers, curses and even a bloody battle to this doubtlessly charismatic and sometimes controversial character. On top of it all, he was himself an artist, and the tradition he leaves behind is one particularly rich in creativity. If you listen carefully you will hear how his unique legacy has inspired and continues to inspire wave upon gentle wave of further creativity through the ages.

A son of Tír Chonaill, he was born into the royal lineage of the Clann 'Cenél Chonaill' in the year 520 or 521. He could arguably have had claim to the throne of this tribal dynasty, but his path was destined to be a different one. He studied at a young age in various monastic schools, and being a quick learner, he eventually rose through the ranks. As a senior cleric, he went on to be associated with the founding of numerous monasteries. His tribal and spiritual worlds soon came into direct conflict however when, at the Battle of Cul Dreimne he was said to have invoked the help of Archangel Michael to speed his people's victory, causing heavy losses on the other side. To worsen this ungodly behaviour, this battle was reportedly caused by Colmcille himself, for he secretly copied the sacred book of his former teacher without permission, and the High King Diarmait ruled against him. The book involved, the oldest existing Irish manuscript of the Psalter became a prized battle talisman known as An Cathach (the Battler). Inevitably, Colmcille himself also became infamous as a warrior and his relics were believed to help warriors.

Soon afterwards, either driven away by the church leaders, or as a self-imposed penance, he went into pilgrim exile. Painful separation from his homeland is thereafter a strong theme in the Columban story. He went on to accomplish the majority of his most important life's work on an island outpost off the Scottish coast called Iona. His exile did not impact his cultural sway however and he was a figure of great influence with kings and chieftans in Ireland and Scotland, reportedly making accession decisions and also beginning the practice of anointing monarchs on their coronation. He also reportedly travelled back to Ireland to attend important decision-making conventions. A biography written on him a thousand years after he passed even cemented the cultural sway of its writer, chieftan Manus O'Domhnaill. The saint's cultural importance grew exponentially from his new base in Iona, a place that would go on to stir cultural ripples through both time and space.

Colmcille himself was a larger-than-life charismatic character with a booming, melodious voice which could be heard from a great distance. 'Colmcille Ceolach' was a singer and a poet, who trained in his youth with the bard Gemman. Three surviving early latin hymns and two poems are attributed to him and he is also being credited with having transcribed 300 books. One of the foundational texts of the immensely important tradition of illuminated manuscripts is attributed to his own hand. A note copied in the Book of Durrow even indicates his considerable talents in the field, boasting that he copied the intricate work in just 12 days. He is even said to have been writing in his scriptorium up until the day he died.

His feast day, the 9th of June, has been designated as International Celtic Art Day, and the great medieval masterpieces of The Book of Kells and the Book of Durrow are associated with Columba. Iona was a place of learning and immense artistic advancement. The learning fostered in monasteries such as these have been described as 'saving civilisation', while the rest of Europe was in the grip of the Dark Ages. After his death, Colmcille inspired a famous praise poem and two important biographies. The poem, 'Amra Cholmcille' was written by Dallán Forgaill, the then chief Ollam of Ireland. The first book Vita Columba was written a century after his passing by the Iona abbot, St. Adomnán and the second book Beatha Cholmcille was compiled nine centuries later attributed to his royal tribal descendant, Manus Ó Domhnaill. These two books, in themselves ground-breaking works, are important sources on the saint's story and the cult that emerged in his wake.

The innovations that mark the Columban tradition are imposing and impressive and they include the 1st Copyright case, the 1st Illuminated Manuscript, the beginning of written Gaelic history, the 1st example of written Gaelic poetry, also earliest vernacular poem in European history, the 1st Celtic Cross, the 1st Decorated Metalwork Reliquary, and the 1st attributed work of prose (Beatha Cholmcille). "As in so many areas, Iona was where the original innovation took place." (Historian, Tomás Ó Carragáin). His relevance in this regard continues since creative innovation and the access to, preservation and dissemination of knowledge persist as very important concerns to this day.

The folklore of Colmcille is rich in references to the saint's extraordinary gifts of prophesy and affinity with nature. Stories abound of his psychic connection with animals and ability to influence nature and even the weather. Colmcille mother Eithne is said to have had a dream before his birth where an angel came bearing a cloak of extraordinary beauty, on which the most beautiful colours and patterns could be seen. The cloak flew away from her and expanded to become a bridge between the coast of Ireland and Scotland. With this, and this angel prophesised Colmcille's extraordinary life to come. Not only did his monastic work build firm links with Scottish tribes, but to this day his name has become synonymous with bridging the cultural and geographic divide between the northwest of Ireland and Scotland. The Colmcille project is a collaboration between Foras na Gaeilge and Bòrd na Gàidhlig, that looks to strengthen the links between the Irish and Scots Gaelic languages. 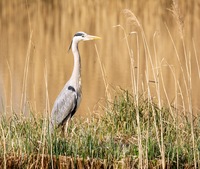 Below is a welcome message recorded by the lead artist in September 2020. The end section outlines some Colmcille stories.

Watch a film Macalla Cholmcille, where the Colmcille story is viewed through the lens of him being an artist and someone who put the arts and symbolic learning front and centre in the cultural innovations he spearheaded.

(Subtitles available, press the CC or the cog/settings button to enable these.)